The Sony F5 CineAlta camera incorporates high-speed SxS PRO+ memory card recording that allows the choice of 8-bit MPEG-2 HD422 at 50 Mbps, 10-bit XAVC 2K/HD at 100 Mbps and SR Codec 10-bit MPEG4 SStP at 220/440/880 Mbps. All formats can be recorded at a range of interlaced and progressive frame rates. 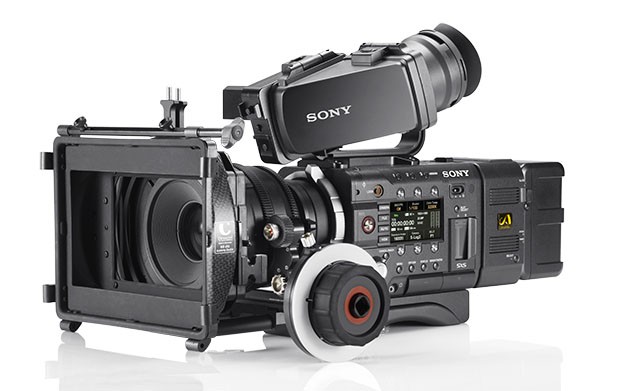 From stunts and explosions to a single raindrop – high-speed shooting at up to 240 frames per second with the F5 gives directors and DPs a powerful storytelling tool.

The camera also supports Slow and Quick (S&Q) motion for overcranking and undercranking, letting you alter the narrative by speeding up or slowing down the action in 1 fps increments.

You’ll enjoy full quality at any frame rate, with no sacrifice in bit depth and no ‘windowing’ of the sensor. So there’s no crop factor and no loss in angle of view.

Cinematographers tell their stories with light and shadow – and the ability to render tones from deepest shadows to brightest highlights is a crucial test of any digital camera.

The F5 excels with an impressive 14 stops of exposure latitude, bringing audiences more emotion, depth and detail in every frame.

DPs notice how the F5 holds remarkable detail in the highlights, together with extremely low noise in blacks and lowlights. The result? Graceful, ultra-natural contrast rendering in any scene. 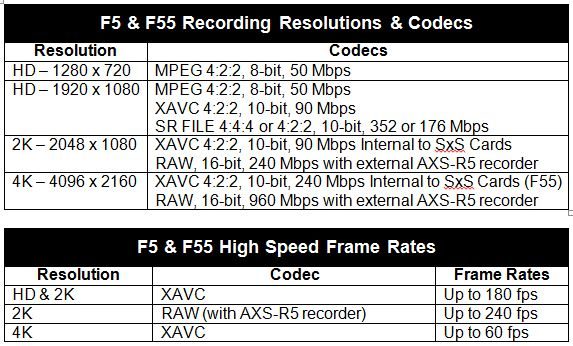